INTRODUCTION TO THE UNITED ARAB EMIRATES

The United Arab Emirates (Arabic: الإمارات العربية المتحدة), often abbreviated as “Emirates” or the “UAE”, is a country located in the Middle East with a shared border with Saudi Arabia, Oman, and the Arabian Gulf. Despite its young age, the UAE has witnessed remarkable development and growth since it achieved independence on 2 December 1971 from the United Kingdom. The UAE is composed of a federation of seven Emirates, as follows:

Abu-Dhabi is the capital city, while Dubai is the most populous city of the UAE. Although Arabic is the official language, English is widely spoken and understood.

The UAE currently has a diverse economy. Oil revenues have been used over the years to create and develop a world-class infrastructure in order to stimulate economic growth. In addition, government policies have promoted business and free markets by limiting government involvement and reducing red tape.

Although a high percentage of government revenues are attributable to non-oil revenues, the UAE remains a major oil and gas producer and exporter.

The UAE federation was established on December 2, 1971, which is now the annually celebrated National Day of the UAE. On 2 December 2016, the UAE turned 45 years old. 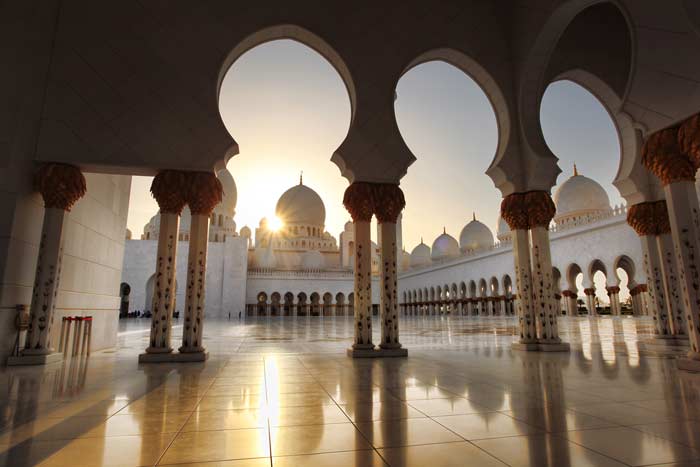 Since the establishment of the federation in 1971, the UAE has had a federal political system with each of the seven emirates retaining its judicial identity, unless otherwise provided by the Constitution or laws of the federal government. The UAE’s unique system has been one of the driving pillars behind the country’s success, while maintaining the traditional values and identity of the individual emirates.

Arabic is the national and official language of the UAE and is also the language of government. Official documents such as university diplomas frequently require translation into Arabic; however, English is widely spoken and frequently used in business and commerce between enterprises.

On 6 June 1966, prior to the establishment of the UAE, oil was first discovered by the Dubai Petroleum Company at Fateh, approximately 60 miles from Dubai. Since then, the UAE has been working on a long-term vision of economic diversification and has been working on reducing the portion of GDP based on oil and gas output. The country has transformed dramatically from a small trading hub and fishing port to a modern country with a high standard of living. Part of this transformation was driven by the government’s spending on job creation, infrastructure development, tourism initiatives, and the government’s reduction of red tape to ease the efficiency of commerce. All of this was done in line with the UAE’s long-term vision to diversify from oil revenues and become the country of choice for doing business in the Middle East.

One of the most prominent incentives for entrepreneurs and investors to establish in the UAE is the several Free Trade Zones, such as the Jebel Ali Free Zone and the Dubai International Financial Centre, that were developed throughout the country, which allows 100% foreign ownership, among other benefits to foreign investors.

Commonly noted challenges to continued economic growth of the UAE that have been cited by economists in the region are the country’s dependence on oil. The UAE’s strategic plan for the foreseeable future focuses on diversification of the economy. Furthermore, the UAE is focused on using its oil revenues to create new industries such as aviation, tourism, and manufacturing to help the economy diversify from its dependence on oil.

The UAE has had success in developing its strategy to create a business environment that is conducive to economic growth. This has contributed to the world-renowned status of the UAE as an international center for trade, finance and services, and has attracted numerous multi-national global companies to set up their Middle East operations in the UAE as the premier business, logistics, and tourism hub in the Middle East.

All schools in the UAE are supervised and regulated by the Ministry of Education, which regularly inspects schools to verify that rules and regulations are being complied with.

There are a number of private schools in the UAE that have adopted a variety of educational systems, such as the British, French, Indian, and American educational curriculums. There are also several universities and colleges in the UAE with American, Australian, and European affiliates offering degree and diploma courses.   Universities and colleges are regulated by the Ministry of Higher Education and Scientific Research.

Several educational institutions have opted to set up in Knowledge Village, which is part of a free zone based in Dubai and was founded in 2002. Knowledge Village seeks to accelerate the development of the region’s human capital by providing an infrastructure and environment for a variety of educational institutions to create and disseminate knowledge. 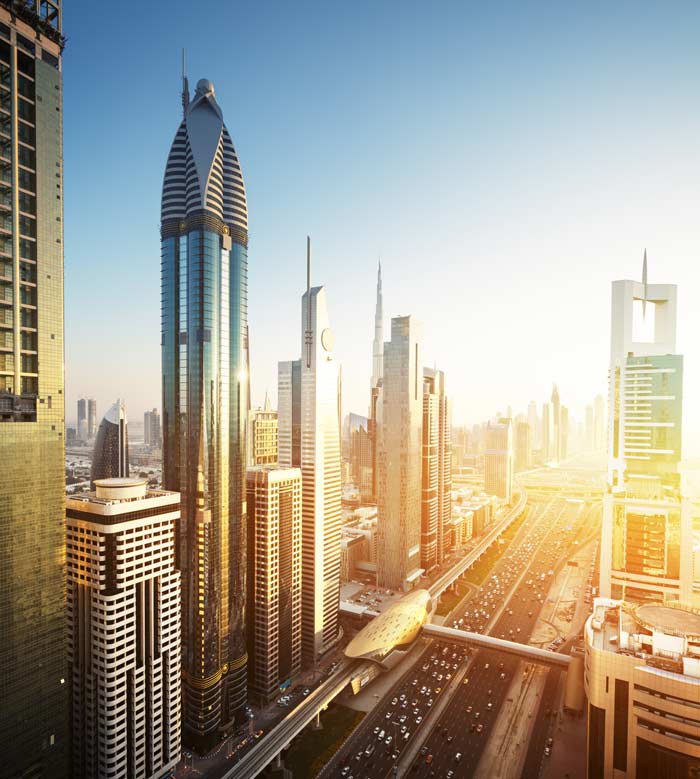 Living conditions in the UAE are among the best in the Middle East. In addition to 24-hour electricity, water supply, and sewage, there are top notch supermarkets and traffic congestion is typically limited to the morning and evening rush hours. Relative to the Middle East, public safety is also comparable to that of Europe and the United States. There are also numerous leisure activities due to the availability of several:

Recently, the Ruler of Dubai, Vice-President of the UAE, and Prime Minister of the UAE, HH Sheikh Mohammed bin Rashid Al Maktoum created a Minister of State for Happiness whose role is to help push for better services to promote happiness and welfare among Emirati nationals and residents of the UAE.

Furthermore, the most prominent tourist attractions that aided in achieving international recognition include the following famous developments:

The UAE has developed a modern infrastructure with wide freeways, bridges, and pedestrian crossings that has allowed for several different modes of transport. Most visitors and tourists frequently rely on the relatively low-cost network of taxis that are easily found on streets or that can be reserved via telephone in advance.

Recently, however, there has been an increasing usage of automated metros by visitors and residents alike, though currently only available in Dubai.

Dubai International Airport and Abu-Dhabi International Airport are often cited as one of fastest growing in the world. The location of the UAE in the center of Europe/US and Asia has made the UAE’s airlines, Emirates Airlines and Etihad Airlines, successful in establishing the UAE as a hub for the Middle East. The UAE has an open sky policy which has allowed the UAE to be served by 90 airlines flying to and from over 120 destinations worldwide.

INCENTIVES FOR INVESTING IN THE UAE

The UAE is strategically located at the crossroads of trade and commerce between Europe/US and Asia. In addition, the UAE is within a short plane ride to the heavily populated countries of India, Pakistan, & Russia, allowing for close proximity to these markets.

On top of the geographic advantage of the UAE, the free market economy and minimal red tape of the government towards business has created the optimal environment for business and entrepreneurs to thrive. There is no doubt that the UAE’s laissez faire economic policy has proved attractive to investors, domestic, regional, and international, alike.

The UAE also benefits from a good selection of talented and skilled labor in the country, who have shifted from Europe, the United States, and Asia for more attractive pay packages and benefits. This, coupled with a tax-free environment, has made the UAE the location of choice for setting up operations in the UAE.

A further stimulus to growth has been provided by the Free Zones in the UAE. Free Zones are basically compounds within a city that offers attractive concessions and investment incentives to foreign investors, including superb manufacturing and commercial facilities, advanced communications, minimal government interference, 100% foreign ownership, competitive fees, and a tax-free environment.

All three markets trade primarily the equities of Middle-Eastern-based companies and limited availability of bonds. Currently, there are no publicly-traded derivatives traded on any of the three financial markets in the United Arab Emirates.

An investor wishing to trade in derivatives with underlying local shares may obtain these through private negotiations with the numerous international investment banks located throughout the UAE.

The Dubai Mercantile Exchange (“DME”), located in the Dubai International Financial Centre, is the primary commodity exchange in the United Arab Emirates. The DME trades its flagship futures contract, the DME Oman Crude Oil Futures Contract. This oil futures contract was launched in 2007 and the volume has been increasing significantly ever since.

One of the key competitive advantages of the United Arab Emirates is its relatively light tax environment.

There are currently no personal or corporate income taxes payable in the United Arab Emirates.

Please refer to the Tax page for further details and updates regarding the current tax environment in the United Arab Emirates.